So here’s the thing.

I kind of abandoned my blog for a long while. Because, well… reasons. Primarily because I was hoping to start anew with an epic “I’M PREGNANT” announcement. And that.. did not happen.

The past year has been absolute gong show of an IVF journey. Months of hoping and wishing and praying (yes, *I* prayed!). There were a couple of ups but mostly downs and it was an incredible mess of physical and emotional and psychological torment.

I wanted to put this together, a full account of my complete IVF journey but as time passed and nothing good was happening, I really wasn’t interested in sharing more than I already had with the people who already knew.

The truth is this:

Trying to create a life feels like it’s almost killing me.

Infertility is something people don’t talk about very often. Or if they do, they sure as hell aren’t speaking very loud. I can promise you, along the way all any of us were discussing were ways to PREVENT a bun in the oven. And honestly, the way it was drilled into us to use protection to avoid STDs and tiny dependants, you would have thought pregnancy was as simple as catching a cold. Here I stand now telling you, it’s really NOT THAT EASY.

Had I known I’d have this much trouble conceiving a child I could have even more fun in my teens and twenties. Hot damn.

I know women who are so fertile they have to safeguard their sexts. Meanwhile there have been many doctors and techs all up in my downstairs trying to jump start nature to no avail. Honestly I think they should start leaving their initials on my uterine walls like graffiti art. (If a guy can sell a banana duct taped to a wall for hundreds of thousands of dollars… I could make serious bank, y’all!) For anyone who has experienced the Fertility Journey of Hell, you understand how frustrating it is when somewhere along the way the stars fell out of alignment or the wind blew the wrong way or the sun stayed shining just three minutes too long… and you ended up with another Big Fat Negative. But your sister’s bestie just delivered her second set of triplets at home in a warm birthing pool surrounded by candles and every gorgeous ex boyfriend she ever had because they still adore her and wish her the best, everyone is happy and healthy and can’t wait to start back at the yoga studio she owns when she’s not selling thigh high socks for everyone size 2 and under made from organic angel hair (gently harvested) and fucking unicorn spunk.

Hm. Okay, I might be a little bitter. I think that’s part of the process as well. And it’s definitely NOT something that is talked about. But I’ve officially turned from that girl who would stop you and ask what kind of stroller that is and if you like it to that girl who is secretly wanting to tell you what I REALLY think of the name you chose. And if I see one more fucking Huggies commercial…

My point is, this is hard. And it’s not half as rare as I had honestly believed. There’s an internalized stigma surrounding it and we need to get vocal to remind ourselves and each other that it’s okay. We’re not lesser for not being able to do this the old fashioned way. We’re not stupid for trying, despite the cost and the aggro. We’re not doing anything wrong and, most assuredly, we are NOT alone.

And heads up to any of my guy friends out there who are jerking off into random socks or kleenex or sweaty bedsheets, give some serious thought to donating that shit. For real. Give it a LOT of thought, because it’s not a decision to be made lightly but instead of flushing those little swimmers out to sea consider making a deposit at the local sperm bank. There are so many people trying to create families and there are a very limited number of donors. There are an even fewer number of donors who don’t look like they celebrate father’s day at their uncle Cletus’ house, in the woods with no running water hunting the Most Dangerous Game.

I have had a lot of support through this, supplying laughter and encouragement and shoulders to cry on and company to drink with and I really, really appreciate every single one of you. Boots, Tams, Ness… there are literally no words to describe how necessary you guys have been through this entire process. Alice and Katie B, you two have weathered a ridiculous number of texts and stupid messages and kept me positive while I’m sure it would have been so much easier to ignore me. And Mama, thank you so SO much for giving the finger to everyone who tried to shit on me for doing this and who criticized you for being involved.

I don’t know what is going to happen next. I have no idea what the future holds.

But even if I’m sitting on the bench, I know I have one hell of a team.

“…I’m worse at what I do best, and for this gift I feel blessed” – Nirvana 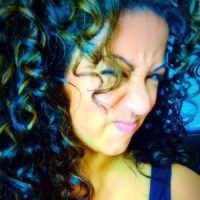